Humans on Mars – My view on the Logic and Insanity

The concept of human colonising Mars isn’t new – it’s decades old and has been talked about since space travel started in the 1950’s and 60’s. Since the Moon landings the science community has viewed that travelling to Mars as being the next logical step in manned space exploration. The science and engineering behind this effort is staggering and while no actual missions are definitely planned in, the discussions have not ended and will carry on until we finally achieve this.

The way in which we travel to Mars has modified over time, I can remember when then missions talked about would last for some months on the Red Planet in order to make it worth the effort. I recent years though this has slowly changed to the realisation that missions to Mars are going to be one way only. You go to live the rest of your days there. This ties in nicely with the ethics of the colonisation of Mars, the preservation and advancement of the human race seems to be important right now. While I get this and there are those that have volunteered for this which is amazing, but do they really know what it’s going to be like? I’m sure a few months will be brilliant fun, but let’s face it 10 years down the line you might well have gone completely insane – if you haven’t starved to death.

Starvation and human preservation is kind of what brings me to some of the insanity around this. I’ve seen people talking about Mars being the next place the hum races goes to once we’ve finished ruining the Earth.

Do you seriously think that it’s all going to be ok to plunder the Earth until it’s a wasteland and then park up on Mars? When was the last time you saw this place? 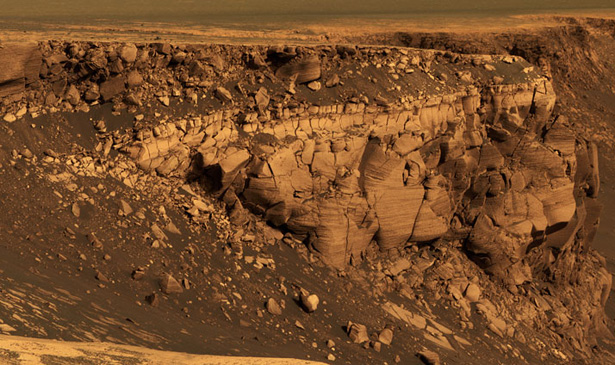 This is it. It doesn’t change much. Nothing grows here, there is no atmosphere to breathe despite what science fiction movies tell us (it’s called fiction for a reason). If we reduce Earth to a wasteland we won’t find anything better on Mars. Colonising Mars is a huge step towards human living permanently off Earth but it’s not a second option to Earth. Earth must be preserved!

The other insane idea is that of Elon Musk’s to create a martian atmosphere by detonating nuclear warheads at the poles, melting them and creating an atmosphere. This is so flawed it’s not funny. Mars has a tiny magnetic field, so it cannot keep much of an atmosphere. But even if it could – everyone would be breathing radioactive air for the next 1000 years! There is also his vision to make travel to Mars accessible to all, costing around $200,000 a trip.

As in every huge project, there is insanity that rides with it. Travelling to Mars is going to be expensive. Living on Mars will be even more expensive and will be very hard! The rewards could be unimaginable and ultimately so will the costs.