Pluto was discovered in 1930 by Clyde Tombaugh. Analysis of the outer planets suggested a planet out beyond Neptune and having taken photographs of the night sky and comparing them the movement of Pluto across the sky gave it’s position away. The mass of Pluto did not account for the gravitational anomalies, but Pluto was originally designated a planet and named.

Pluto is the Greek God of the Underworld, whose earlier name was Hades. Pluto was seen as a more positive figure, being a God of the afterlife rather than death.

The biggest moon of Pluto is Charon (pronounced Sharon), there are four others moons of Pluto – Styx, Nix Kerberos and Hydra. All of them keeping with the theme of the underworld, Charon being the carrier of souls to the underworld across the river Styx. 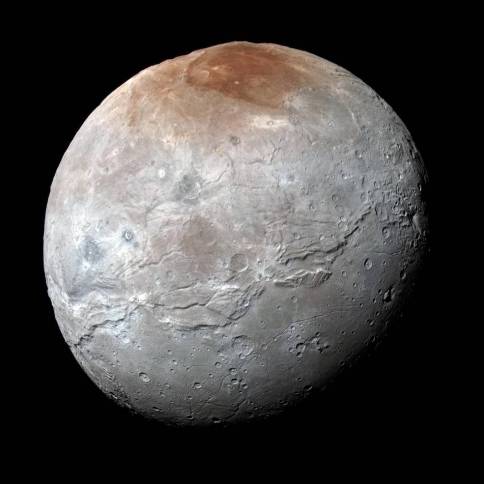 Charon was discovered in June 1978 by James Christy, becasue of the small nature of these objects and the great distance Charon merely appeared as bulge to Pluto. The debate about whether Charon was a moon or a feature of Pluto was finally settled when Pluto’s orbit aligned with Earths between 1985 and 1990. Charon was named after James’s wife, whose nickname was Char. When this conincided with Greek Mythology the name was adopted.

After Pluto was discovered, a number of other objects similar in size to Pluto or larger were discovered in an area called the Kuiper belt, where Pluto resides. This caused debate about whether Pluto was a planet or not.

In 2006 the IAU (International Astronomical Union) decided that a planet must fulfill three criteria to be designated a planet. These are:

Because Pluto doesn’t meet the third criteria it was decided to re-classify Pluto to a dwarf planet. This decision has met with controversy and the debate hasn’t ended.

Holst never wrote a piece specifically for Pluto, however his Ode to death based around WWI events feature death heavily and Rachmaninov’s The Isle of the Dead could also derive inspiration from his world.

In July 2015 the New Horizon’s space probe flew past Pluto, taking pictures and making a variety of observations. This was the first time that a probe had visited the world. This was a flyby mission because the speed that New Horizons was travelling was so fast that Pluto would not be able to capture it and it couldn’t carry enough fuel to slow it down enough.

New Horizons was launched at huge speed in order to reach Pluto in ten years, it had gone beyond the Moon’s orbit in a day and had reached Jupiter in about a year. Using it’s gravity to give it further speed and slingshot it on course to it’s destination. This also give us an idea of the huge expanse New Horizon’s had to cover and how distant Pluto is.

Despite this being only a flypast mission New Horizon’s gave us an amazing glimpse at a world we knew nothing about. Just like Triton around Neptune there was far more than we could expect. With a huge heart shaped plain of frozen Nitrogen, to huge ridges and mountains there was so much to explore an analyse, more than perhaps they ever expected. 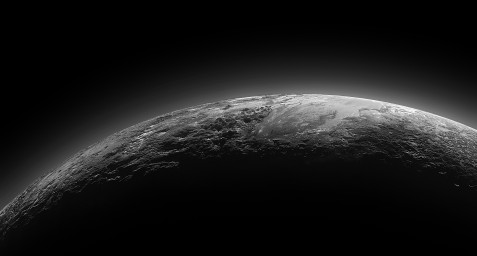 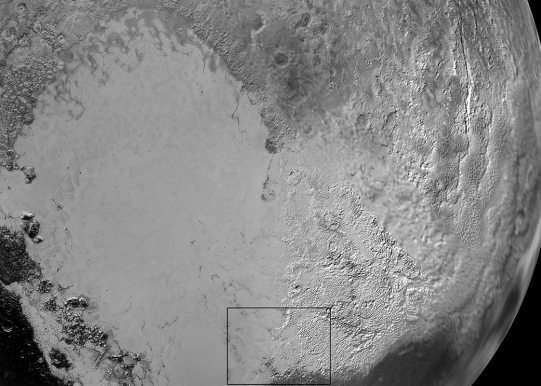 The future for New Horizons isn’t certain, after Pluto it could be sent to investigate other Kuiper Belt objects or it could be left to speed out of our solar system and towards the stars. But our first look at this world has been amazing, who knows if we will ever visit again in our lifetimes?