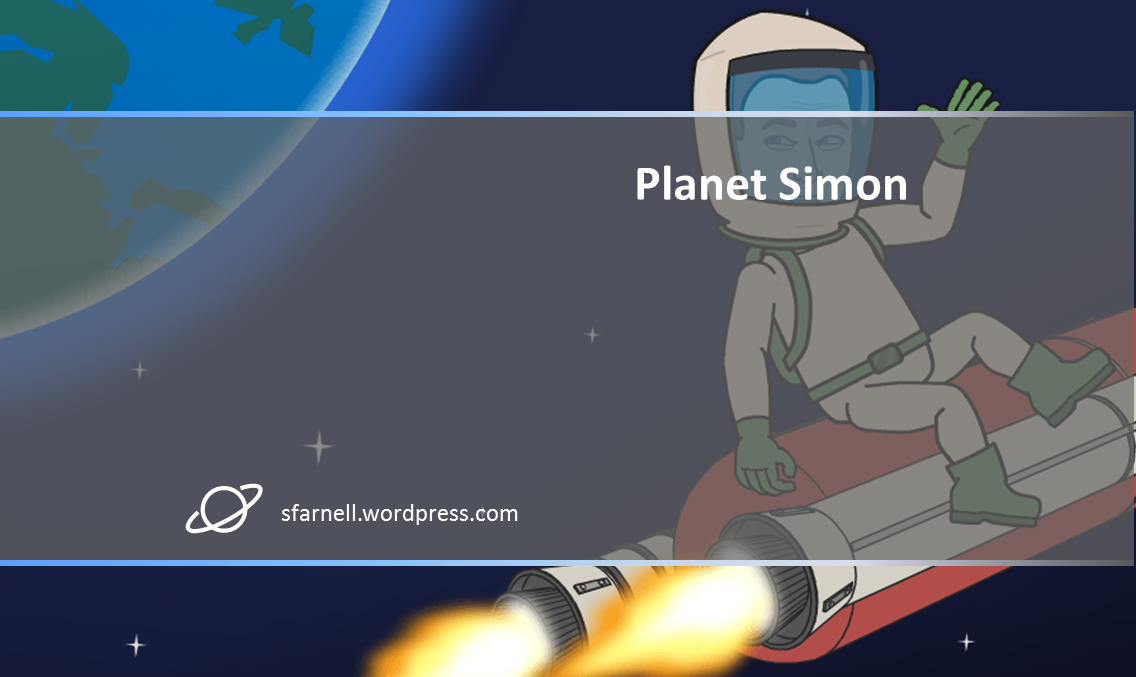 I’ve been toying with the idea of another site specifically for my writing / authoring brand, for now I’ve decided against this and instead I’m going to change the look of Planet Simon on the front of the website – it should make this clearer without having to go and make a new page. Right now I couldn’t handle that!

The next part of the Great Galactic Service Station was published on Friday, I have to say I’m having great fun with this – becasue it’s a goofy and nerdy story line I’m able to take this into the really weird directions:

There’s loads to come and this weekend I’ve had some more ideas, including perhaps creating found poems. Some of you may not know what’s the devil that is but come the time I will explain!

What are you guys up to this week?

Also make sure you follow up what’s going on in the rest of the Planet Simon universe: