Candice Coates of candicecoates.wordpress.com has a problem that I an only dream of. She has two books to self publish. The problem comes is which one to publish first! The two books are called Warden and Nexus Gate 4037. Both of them are Science Fiction novels with a different twist. The Warden is comic adventure and Nexus Gate is a suspense thriller.

What Candice has decided is the we should get the power to decide which one gets to readers first. Look through the story teasers below and have a think. Then be a really great bloggie and click on the Battle of the Books link and vote for the one you thought was best! Simples!

If I had to pick one of these two stories to read first I would pick Nexus Gate. Time and paradoxes and the consequences of disturbing events in out timelines is something I have keen interest in.

BUT I being a Hitchhikers fan I also love a Sci Fi comedy advneture!

Thinking about it… do I really know?

On reading these teasers I had a few questions for Candice:

What were the biggest writing challenge(s) for each if these books?

-The biggest challenge(s) for each story I would say was initially the time crunch since I wrote them during a summer session of NaNoWriMo. Trying to make novel status in 30 days can be difficult but I’ve developed a system for it whereas I would aim for a certain number of words a day.

Another challenge that I faced was with Nexus Gate. With my first draft, I managed to write well over 150k words, but I recognized around 90k that the story had transitioned into book two. The challenge was in figuring out how to properly end book one so that it was a solid stand-alone piece.  Working out the transition for what I have with book two will happen soon.

Warden was written as a NaNoWriMo challenge wasn’t it? How did writing this differ from Nexus Gate?

-They both were summer NaNoWriMos. What made them different was that when I wrote Warden, it was my very first go at NaNoWriMo. I didn’t know what to expect. I didn’t have a system. I was really just playing things by ear and learning as I went along. When I started Nexus Gate the following year, I knew how to develop a working rhythm which helped me to write with greater ease.

Which book is your favourite?

-Honestly, I don’t have a favorite. They both excite me in different ways and that is because they are so vastly different even though they are under the genre of Science Fiction. I would say it’s like having two children, they are both yours but they are very different, still you love them equally.

Book Flap: Ever since the bizarre death of her grandmother, Maeve Grandie has made it her sole purpose to be reliable, even if that means living a dreadfully predictable life. The only sense of adventure Maeve experiences is in her dreams. The only problem is her peculiar hereditary condition that gives her rashes on her hands and arms, turning the veins of her arms a screaming azurite blue, not only gives her weird dreams but causes her to sleepwalk as well.

But what would happen if those dreams that carry her into a bizarre land where people can cause their arms to ignite with blue flames and tear open the sky with their bare hands is not really a dream at all?

What if the dream world, Maeve finds herself suddenly trapped in, is actually a true world of wonder but one she is somehow destroying just by being there?

Senior Warden Vincent Jasper of Trident finds himself facing that very real and immeasurable danger when a young woman in the ugly pink nightgown interferes with an arrest right before disappearing through an Unzoned Door in the Universe causing the very threads of the Cluster and Realms to ripple and stretch, putting it and the lives of all who live within it in grave danger. Not only is the woman unknown but she keeps opening Doors and is somehow hiding right underneath his nose.

Can Jasper and his team along with the rest of Trident, apprehend this villainous threat clad in garish pink flannel and ruffles? Or will they find out that she is not the threat at all but the weapon of someone else, all before their side of the universe collapses? 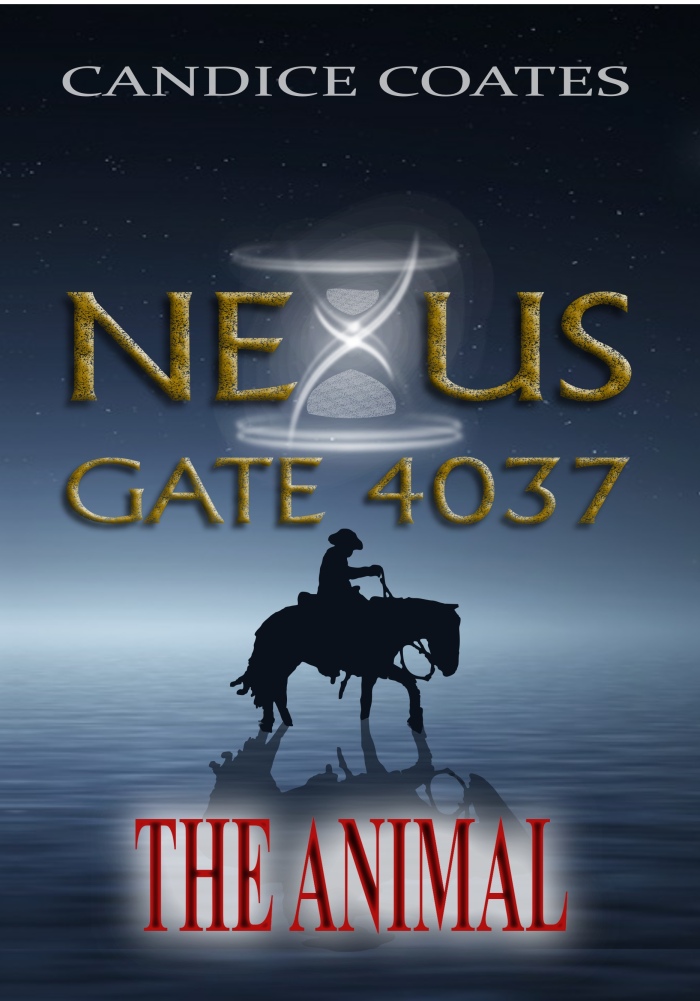 Book Flap: Most important rules of time surveillance; never disrupt your host timeline and never step into the future. Decorated Surveillance Specialist Vivian Leona of 6037 has broken both.

Losing her husband, John Joseph Spruce, in the Nexus of time past, Vivian mistakenly pulls the wrong man into the future, a man recorded by history as having died on that very day in 1837. The consequences for keeping him alive in the future could prove far worse than Vivian bargains for, especially in the American South’s New Golden Age, 4037, where any overt emotion or cause of such, like racism, is seen as a deadly contingent—‘conditions’ cured only by euthanasia.

Slave foreman and bounty hunter ‘Tucker’ John Josephus Spruce of 1837 is called ‘The Animal’ by those he hunts, and a ‘necessary evil’ by those who enlist his skills, but are his ‘talents’ enough to keep him alive when he steps into a deadly snare set twenty-two hundred years in the future where he is now pawn and prey?

Will Tucker John’s instincts lead him towards retribution for his abduction, or will they make Vivian his only ally while setting him on an unexpected hunt for the one not only out for his blood, but the very woman’s he’s purposed to destroy? 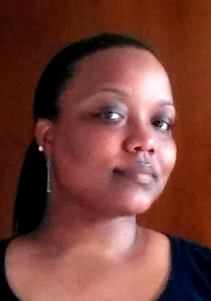 BIO: Candice Coates is a fiction writer, jumping from genres ranging from Speculative Science Fiction and Fantasy to Comedic Clean Read Romance and Drama, all with touches of her Christian faith. She is a lover of Ireland, tea, and just about anything with pistachios. When not writing she is creating visual art with pen or paint, or she is creating new designs for her handmade polymer clay jewelry line, Shizen Brook. To read more of her work you can find her at her author site, candicecoates.wordpress.com or icameforthesoup.com. You can also find out more about her and how to stay connected by going to www.about.me/candicecoates

Where does your love of Sci-Fi come from?

-I think because I am a visionary at heart. I am constantly imaging and romanticizing about the possibilities of what could be. Science Fiction is all about possibilities. There are limits and yet there aren’t any at the same time.

What other story ideas do you have?

-I currently have a folder with over 143 different titles that I have ideas for. Some of them I’ve done work on, others I just have the generally idea saved and tucked away. I do play around with different genres though, hence why my author site tag is “The Novel World of a Genre Jumper.” I play around with Clean Read Romance, Coming of Age, Science Fantasy, Drama, etc. In short, I just love to tell a story and I aim to do that in as many ways as I can.

Where does your inspiration to write come from?

-Just about anything gives me inspiration. I got the ideas for both Warden and Nexus Gate from dreams that I had. Sometimes I get ideas and inspiration for images or random phrases that hear people say. It really just depends for me. A muse can be find in anything.

Battle of the Books

I hope you guys will look as what Candice is doing and support her and help her with this decision and eventually buy her books like i will.