Seasons -How are they worked out?

One of the things that’s always puzzled me is when each of the seasons are supposed to start and end. This is typical of someone that over thinks things, really it should be when it’s cold and wet it’s Winter, when the flowers start appearing and the wet is thawing out it’s Spring. Summer is the season of sun, interrupted by heavy rain, with Autumn being the time when one picks blackberries and apples – yup, you guessed it, in the rain!

But when are each of these season’s really supposed to start and finish? I’ve looked at this and there are at least two versions, the meteorological and the astronomical seasons.

The meteorological seasons are divided up by meteorologists to make weather forecasting easier. The seasons dates are split up as such:

The astronomical seasons are a little different.

Spring starts at the March equinox, this is when the length of night and day are almost equal. This happens on either the 19th, 20th or 21st of March. At this point the Sun is directly over the equator.

The September equinox heralds the arrival of Autumn and is the date that again night and day are about equal and this happens on the 22nd, 23rd or 24th of September. This is where the sun is directly over the equator.

No ownership claimed on image, credit to timeanddate.com for information.

67 thoughts on “Seasons -How are they worked out?” 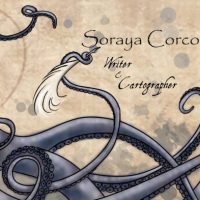