I was nominated for this by the lovely Charley from the booksandbakes1 blog. Go and look up her blog and make sure you read it and love loads of nice comments because she’s lovely and deserves lots of credit for her blog as she works hard on it in the little time she has (like me really).

I’m not going to fill in all the sections for this with books I’ve read, there’s going to be a few I want to read bits in this as I ‘m a slow reader and I’ve been tackling some goliath’s recently. So I’ve not been going for quantity for sure.

Lemonade: Pick a book that started off bitter, but got better.

Golden sun: Pick a book that made you smile beyond compare.

This book always makes me laugh – the humour is great and the little quirks confuse and amuse.

Tropical flowers: Pick a book set in a foreign country. 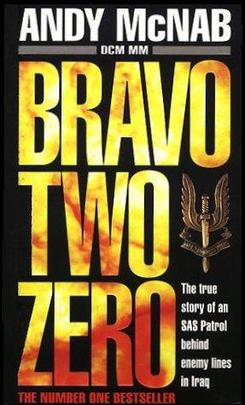 It’s not flowery, but it’s set in a foreign country. This is a great bit of Military grit.

Tree shade: Pick a book in which a mysterious or shady character was first introduced.

Professor Moriarty only appeared in the Sherlock Holmes stories once, despite the impressions you are given by other stories and re-makes. When you are given his description, Moriarty is what you would envisage as a typical professor of those times and with a vast intelligence used for evil.

Beach sand: Pick a book that was grainy and the plot barely developed.

I’ve read books like this i think – but I’ve forgotten them.

Green grass: Pick a character(s) that is(are) full of life making you smile.

Who wouldn’t want to be a Hobbit?
Watermelon: Pick a book that had some juicy secrets.

The captain of the spaceship in this story had a woman on Earth and a woman on Mars. The ships medic had also been the subject of his sexual desire. The book offered briefly an insight into sex in space – most of which was left the the reader’s imagination.

Sun hat: Pick a book that has a vast universe setting.

I dug this out in a tidy up and it brought back memories of a pretty good fiction within fiction of a Star Trek story.

BBQ: Pick a book in which a character is portrayed as a hunk.

Being a guy I’m not into hunks, I’m making this about a babe… for which I’m going to double Rendezvous with Rama – the ships medic sounded kinda tasty to me! 😉

I would love it if you all did this, I know it’s not really summer now. If you don’t have time don’t worry – I’ve selected some old bloggies and some new.